Established in 2014, the Sharmin and Bijan Mossavar-Rahmani Center for Iran and Persian Gulf Studies supports teaching and research on all aspects of Iran and Persian Gulf Studies at Princeton University. We encourage a comprehensively interdisciplinary approach to advancing the understanding of the region, with special attention to its role and significance in the contemporary world. Our scholars and students explore a broad range of topics that address history, politics, economy, religion, literature, art and culture with a primary focus on the modern states that border the Persian Gulf. Promoting an inclusive approach, the Center supports innovative research projects, facilitates the production and dissemination of public knowledge about the region, and makes possible connections and conversations between scholarly communities.

In line with its mission, the Center has inaugurated a book award to be given every two years for the best scholarly monograph on topics in history, society, politics, economics, and cultures related to modern Iran and the Persian Gulf, broadly defined. The award will be granted by a committee of scholars of Iranian studies, appointed by the director of the center.

Edited volumes and new editions of previously published books will not be considered for the award.

Nominations are accepted from authors or publishers. In either case, a single-page nomination letter with the subject line BOOK AWARD NOMINATION must be sent as PDF to iran@princeton.edu. The letter must include the monograph’s complete bibliographical information and a concise summary of the book’s contribution to the field of Iranian and/or Persian Gulf Studies.

Four copies of the book must be sent to:

The award will be announced on the second Monday of September 2022. The author will receive $1000 and will either be invited to Princeton for a public presentation and a conversation with other scholars on the significance of the book, or invited for a virtual book conversation.  If the event is held on campus, it will be followed by a formal reception. 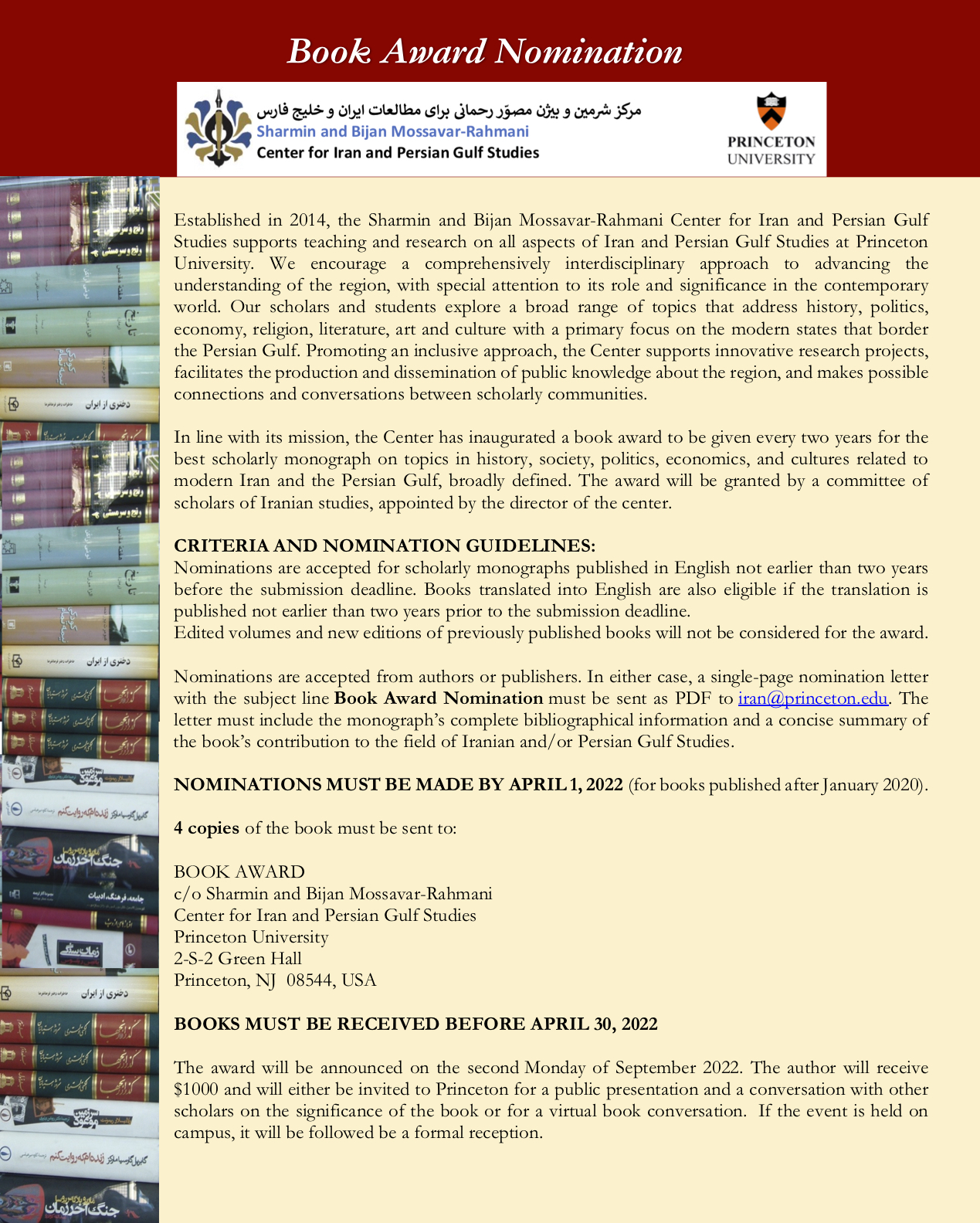